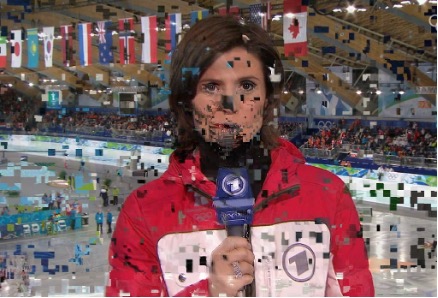 Regarding video content production and distribution, content quality is extremely important for a great viewer (or customer) experience (QoE). In fact, 95.5% of people said that the “reliability and quality” of a video streaming service was “very important” to them when considering a streaming service. Even more, when considering the most annoying problems, “the picture quality of the video is low” was the top problem for 1 in 7 viewers, and 57% have abandoned video in the past due to poor picture quality

Knowing that, it is very important to monitor, control, and reduce the video distortions that could happen. These distortions could be segmented in three key groups:

The generation distortions are produced by the acquisition of the scene, characteristics of the cameras, environmental conditions, or production requirements. 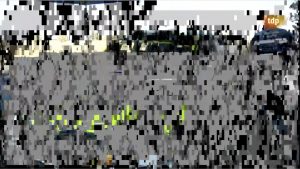 We can detect and monitor many types of this issues, as those related with brightness, contrast, or saturation. In these cases, colors are not well balanced, and we can occur in overexpose (or under exposure) and loss of textures, among other problems. Like those is the dark distortion. Commonly used (specially in documentaries, series, and films), if it is not used properly can annoy the viewer because damaging the QoE, so we must be careful with it.

In professional environment, we must pay attention to black image distortion and black scenes, because both can generate a negative response in the perception of the audience.

Another typical distortion in generation is static image or freezing. Although it is a resource very used in showing statistical graphics, we must be sure that the quality and the exposure time is enough to not confuse the audience, likely it can generate a negative response in the viewer’s perception.

When we refer to those distortion that are produced mainly by technical requirements (coding, multiplexing or limitations of the transport network) we are addressing the second distortions group.

In this area, we can distinguish five groups of problems, although one of them can be generated by different type of issue. Let’s see in further details.

We refer to blurring distortion when we see a loss of image details introduced by the scanning process (and not by focus image). In other terms, we have to face ringing distortion, that occurs when a diagonal is distributed among several blocks and a “ladder” type pattern is formed. When the sections adjacent to the edge have high contrast, the effect is especially noticeable, and takes the name of “ringing”. The ringing effect is most evident on high contrast edges present on smooth textures. The higher the edge contrast, the higher the level of the peaks. The figure shows an example of ringing. 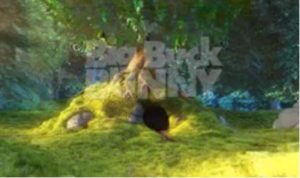 In the content we also find color displacement or bleeding, as well as chrominance errors, that happens when the motion estimate does not conform to reality, resulting in the appearance of macro-blocks of wrong colors.

But, as we said, there is a big distortion in content: blocking. General speaking, we refer to this when we can see discontinuities in the image, at the edges of adjacent blocks when rebuilding the image. Within the same frame, the “thicker” the quantization performed, the more visible the blocky effect.

This distortion could be produced by several problems:

Finally, we must consider the type of detorsion that is produced mainly by technical failures and generate loss or degradation of content information during the emission of the content.

This kind of issue could produce that there is no audio or video signal, but also if we lose some frames, the video will show discontinuities in the content. Another type is the block loss, a type of distortion derived from the loss of information in video frames, mainly due to problems in processing or transmission. 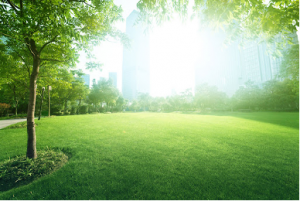 As we see previously, freezing is another type of distortion. In this case, the presence of frozen frames is derived from the loss of information.

In order to achieve the best quality of experience, the Artificial Intelligence algorithm developed by Video-MOS is able not only to detect all this kind of distortion, but also to aware to the managers and inform them about these issues, so they can attack them and fix them.

Whit this powerful monitoring QoE on real time information, content producer actions can be done to reduce the issues and offer the best of our video content.